Bella Hadid looks stunning in her first ad campaign since returning to struggling lingerie giant, Victoria’s Secret. The model stars in the beauty retailer’s new Valentine’s Day campaign as she joins the star-studded likes of Priyanka Chopra, Hailey Baldwin, Naomi Osaka, and Megan Rapinoe, as the newest member of the new VS collective.

Bella Hadid Turns Heads In Her Big Return To Victoria’s Secret After Leaving The Brand Due To Toxic Culture.

PageSix got an exclusive first look at the stunning images for the upcoming campaign following Bella’s difficult decision to rejoin the brand last month. One of the photos features a jaw-dropping Hadid in black lingerie dripping with diamond-covered jewelry, while the second shows a beaming Hadid in pink.

Hadid left Victoria’s Secret in early 2020 after the brand’s culture of misogyny came to light. Since then, the company has tried to rebrand, parting ways with its long-time influential executive, Ed Razek, whom many have accused of fostering an “entrenched culture of misogyny, bullying, and harassment.”

Hadid appeared happy with the brand’s efforts to enter a new era. The famous catwalker once again signed with the company in December, but the supermodel says it took her “almost a year and a half” to take another meeting with the brand.

“What magnetized me to coming back was them coming to me and really proving to me that, behind the scenes, Victoria’s Secret has changed so drastically,” She revealed in an interview with Marie Claire regarding her decision to return.

A major part of the rebrand included ditching the longtime use of the “Angels” moniker, which saw supermodels like Tyra Banks and Gisele Bündchen represent the brand by donning their coveted wings.

In place of “Angels,” the company announced a new group of ambassadors for the lingerie store, known as the VS collective. The diverse group includes Priyanka Chopra, Hailey Baldwin, Naomi Osaka, and Yumi Nu. 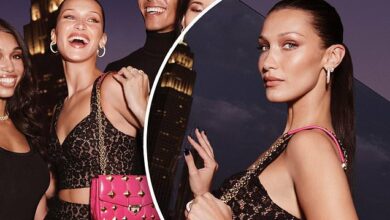 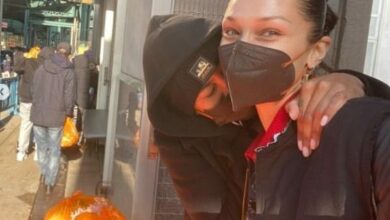 Bella Hadid gives back to those in need as she volunteers at New York City food bank: ‘My perfect Christmas’ 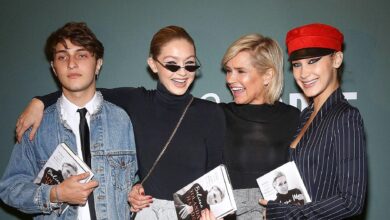 Everything Known About The Hadid Family – Especially Bella And Gigi Hadid 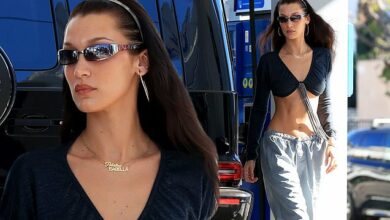