On April 2021, a member of Jeffree Star’s team announced that he and his friend Daniel Lucas were injured in a “severe car crash” where “the car flipped three times after hitting black ice.” According to TMZ, Wyoming Highway Patrol revealed that “preliminary findings suggest drugs and alcohol do NOT appear to be a factor in the crash, though the investigation is ongoing.” Since the news of the accident came out, Jeffree shared updates on Twitter revealing that his back is broken and he has vertebrae fractures on his spine. Additionally, Jeffree shared photos of his car after the scary accident and gave detailed updates on Daniel.

Jeffree’s friend struggled with complications like internal bleeding “because he has survived colon cancer three times.” At that time, the YouTube star confirmed that Daniel was being monitored 24/7, and he was flown back to Las Vegas to have surgery performed by his specialist. Aside from Twitter, Jeffree also used Snapchat and Instagram to share how he’s been feeling since the accident. He said, “I hate taking pills, but the pain this morning was the worst I’ve ever felt since the accident.” Even still, fans are not entirely thrilled with the information Jeffree has provided about his accident…

Despite being in severe pain, Jeffree revealed that he was getting his glam done while lying in bed to feel a little more like himself. He said he is trying to find humor in the situation, regardless of how scary it was and how much pain he’s in. He revealed, “When I was lying on the road, and they were cutting off my clothes, I was even making jokes while screaming in agony and crying because that’s just who I am.”

Jeffree also made it his point to continue promoting his brand and selling products from his new launch, even though he had to cancel his launch party. Amid his many social media posts, some fans have started to question his story and the severity of his injuries.

The beauty influencer, who has a luxurious lifestyle that hints at a crazy-high net worth, says that he is still very much in pain. But some people speculate that his stories don’t all add up. One person questioned why Jeffree has been able to walk around in videos he’s shared on social media if he has a broken back. Another fan chimed in, saying, “now how did Jeffree Star’s car flipped three times, and none of them have bruises and scratches on their skin.” However, others responded defending Jeffree, saying that walking around with his brace on is ok and that their bruises could be covered up with concealer.

Jeffree has already called out the haters once since the accident, writing, “To everyone who wished death upon Daniel and me, we pray you to find happiness within yourself.” For now, many others online have continued to send their good wishes to Jeffree and Daniel as they recover.

The beauty guru said that he is expected to make a full recovery over the next few months. Daniel also updated fans on his surgery and health status on social media as he works through complications.

Millions of people have been sick, thousands of people are dying, and most of the global population stays at home and isolates to help flatten the curve. So many fans were disappointed to see that Jeffree’s palette was called Cremated, as they thought it was insensitive and tone-deaf in light of everything going on. While Jeffree delayed the release of his palette, some people wished he delayed it even longer, like this fan who wrote, “People keep pointing out he trademarked it back in 2019, but I feel like its an insensitive name regardless. But the situation right now makes it worse; he could’ve delayed the release if anything.”

However, others came to Jeffree’s defense, writing things like, “I think you’re looking into that way too literally. It’s a phrase he uses, same as when he said ‘I’m deceased’ which is a shade name in one of his palettes.”

Many media outlets began to cover the palette release because it was controversial. The beauty influencer hopped back on YouTube with a video titled “Responding to the Backlash Over My Cremated Palette,” where he talked about all the backlash he’s faced over the palette’s name.

He explained that palettes take many months and sometimes even a year or more to make. The palette was created and named back in 2019, long before people dealt with this global crisis. The YouTube star explained that he never had any malicious intent behind the controversial name. He also shared that cremation is a tradition in his family. Finally, he explained that the palette had already been produced, and he didn’t want to wait much longer to put it out partially for logistical reasons like the expiration dates. It’s no surprise that his name has become a source of controversy. 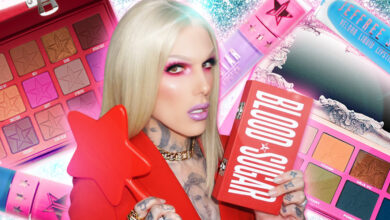 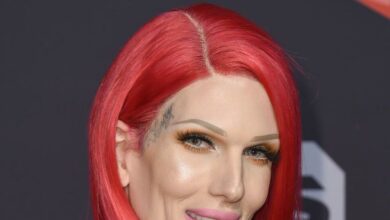 Wyoming Embraces Jeffree Star Despite Homophobia, His Past 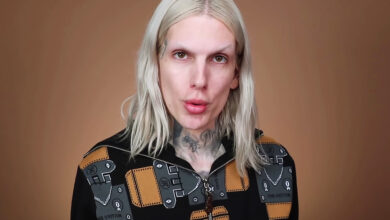