Priyanka Chopra explained she’s ‘protecting’ herself more due to public interest around her marriage to Nick Jonas, adding that she’s ‘setting boundaries.’

Priyanka Chopra, 39, got the rumor mill going when she dropped husband Nick Jonas‘ last name from her social media profiles back in November. Fans immediately began to speculate that the Quantico actress and Jonas Brothers singer, 29, were splitting — but it turns out she had very different reasons for moving her social handles back to @PriyankaChopra.

“It’s a very vulnerable feeling, actually, that if I post a picture, everything that’s behind me in that picture is going to be zoomed in on, and people are going to speculate,” she said to Vanity Fair for their February 2022 issue, which she appears on the cover of. “Because of the noise of social media, because of the prevalence that it has in our lives, I think it seems a lot larger than it is. I think that we give it a lot more credence in real life, and I don’t think it needs that,” she explained, noting the situation was a “professional hazard.”

It turns out that the move was more to do with focusing on her career and attempting to keep her personal life more private than before. “I’m starting to protect myself a lot more because I realize how much [the entertainment business] takes out of you,” The Matrix Resurrections star also said to the publication. “It takes a part of your soul, constantly trying to make sure that you say the right thing, do the right thing, dress the right way, not make a mistake, not trip because the whole world is going to watch. Or not fall when you’re walking up on a red carpet or say something wrong or have a bad f—— day.”

While Priyanka was a major star in India before linking up romantically with Nick, she was relatively unknown to North American audiences before the premiere of ABC’s Quantico. Priyanka starred on the series from 2015 – 2018, marking her first major foray into English speaking projects. Nick seemingly noticed the Bollywood beauty in 2016, when he decided to send her a DM on Twitter — but their romance didn’t actually begin until 2018. The rest is history, and they married in a lavish ceremony later that year (after he proposed with a $200,000 Tiffany cushion-cut diamond ring).

As for Nick, the “Jealous” singer has also talked about boundaries for the couple. “We both know that public life is something that comes with what we do,” he said to VF. “But we’ve set real boundaries around our personal lives, our privacy, and worked really hard to create that little safe haven for ourselves with our friends and family.” 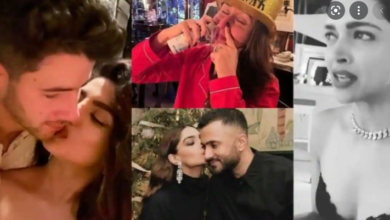 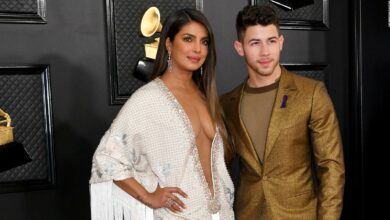