She’s back in Los Angeles after a New Year’s getaway to Palm Springs with mom Kris Jenner and her boyfriend Corey Gamble.

And on Thursday morning, Kylie Jenner shared two snaps of her baby bump as she declared ‘I am woman.’

Kylie, 24, is expecting a second child with rapper Travis Scott, 30, and is widely believed to be due any minute now or possibly have already given birth.

Kylie posed for the snaps at a studio setting with a gray and silver mesh background.

The soon-to-be mother of two rocked unbuttoned denim bottoms with a cropped white button up, highlighting her pregnant belly.

In one picture Kylie is holding up her dark brunette locks up as she looks down, and in the latter image, she covers most of her face with her tresses for a sultry snap.

The star sported smoky eye makeup and pink lips for the images, which could possibly be behind the scenes shots for a shoot for one of her many brands.

Kylie and Travis confirmed in September that they were having a sibling for three-year-old daughter Stormi.

Over New Year’s weekend, Kylie enjoyed a quick getaway to Palm Springs with her mom Kris, 6, and her boyfriend Corey, 41 to the Kardashian/Jenner matriarch’s $12 million mansion.

The businesswoman and reality star has been laying low since her baby daddy Travis Scott’s Astroworld concert in Houston on November 5 led to 10 people being killed.

She shared a baby bump snap on New Years Day to her Instagram as she reflected on the ‘blessings’ and ‘heartache’ of 2021.

In the accompanying caption, she wrote: ‘As 2022 is approaching I’ve been reflecting on this last year and the blessings that it brought but also the many heartaches it held.

‘I will never forget this year and all the significant changes it made to my life. I pray this new year is filled with a lot of love for all of you and i hope everyone stays safe and healthy during this time.’

On the same day as her reflective post, Travis returned to social media since the tragedy, marking his return to the spotlight.

Alongside a black and white profile picture of himself on Instagram, he simply wrote: ‘Always [heart emoji}.’

The concert had a crowd of 50,000 people with a surge toward the stage happening at 9:38 pm local time in Houston.

Local firefighters and police called it a ‘mass casualty’ at that time, which took place 32 mins after Travis’ set began.

Travis continued to perform up to 30 minutes as people were killed and with the crowd chanting ‘stop the show.’ 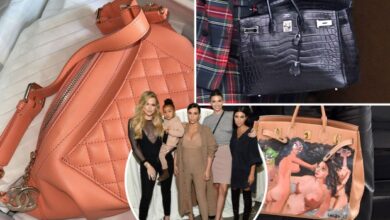 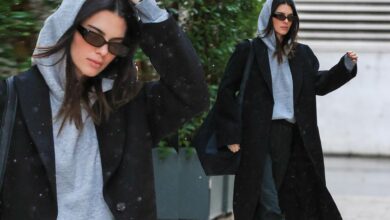 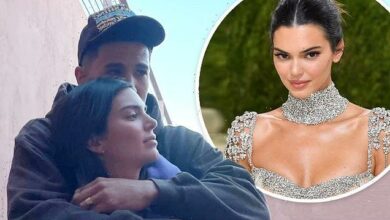 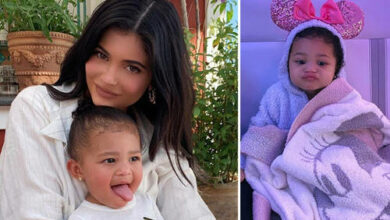 Stormi Is Already Worth $3 Million: How Kylie Jenner’s Daughter Amassed Her Wealth