Celebrity chefs have the amazing ability to reach a global audience with their ability to entertain while whipping up delicious food with ease. Famous chefs like Emeril and Alton Brown, for instance, used their time on Food Network to their advantage and made it big in entertainment.

Gordon Ramsay is as big as it gets these days, and the man has amassed a net worth that is unmatched by many of his peers. Naturally, fans have grown curious about the acclaimed chef and how he has been able to achieve this level of wealth.

Let’s take a close look at Gordon Ramsay’s career and see how he did it.

Gordon Ramsay Has A Net Worth Of $220 Million

As perhaps one of the most famous men on television, Gordon Ramsay is a name that millions are familiar with. Whether he is ripping people to shreds on Hell’s Kitchen or even making people laugh on Uncharted, there is no denying that this man brings something special to the table when the cameras are rolling.

Chef Ramsay has been putting in tireless work for years at this point, and this work ethic has led to widespread success that has set him up for a lifetime. Naturally, this type of success has come with some jaw-dropping paydays.

When looking at an overarching view of Ramsay’s most impressive financial years, Celebrity Net Worth reported some shocking numbers.

Fans have long been aware of the fact that Gordon Ramsay is a wealthy man, but many want a clearer picture of how he rose to fame and how he brought in the big bucks.

He Made Bank In The Restaurant Game

Most people think of Gordon Ramsay’s television work when he is a topic of interest, but the truth is that the acclaimed chef cut his teeth in the culinary world before becoming a major star on the small screen.

“Gordon Ramsay burst on London’s culinary scene in 1993, becoming chef of the city’s famed Aubergine restaurant when he was not yet 30. Within three years, he had been awarded two Michelin stars. In 1998, he left to set up his namesake eatery, Restaurant Gordon Ramsay, which received three Michelin stars — and has held those stars longer than any other London restaurant,” writes Mashed.

That is nothing short of impressive, and since then, Ramsay has gone through a mass expansion that has seen him open up acclaimed restaurants around the world. He’s been able to craft a culinary empire thanks to what he can do in the kitchen, and fans travel from far and wide to see what all the fuss is about, which has undoubtedly continued to line his pockets.

Eventually, Ramsay would get the chance to be a featured on television, and from that point on, life was never the same for him again.

His TV Shows Have Made Him Millions

Gordon Ramsay has been the face of countless hit shows, all of which have helped his net worth grow by leaps and bounds.

That is a ton of money for each episode, and it’s even more impressive when taking into consideration the amount of shows that he has been featured on. Clearly, the man knows a thing or two about making the big bucks.

When combining what he’s doing in food and television Ramsay “typically earns around $45 million per year from his media and restaurant empire,” reports Celebrity Net Worth.

With millions of dollars being generated each and every year, Gordon Ramsay will have the chance to keep his net worth on the rise, and he will undoubtedly become one of the richest faces in entertainment at this pace.

When speaking on his wealth, Ramsay said, “I’ve been super lucky, having that career for the last 15 years in the U.S. Seriously, it has earned a fortune and I’ve been very lucky, so I respect everything I’ve got.”

Gordon Ramsay’s fortune is massive, and it’s all thanks to what he’s done in investing, cooking, and in entertainment. 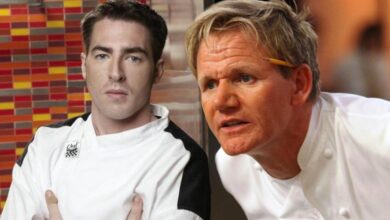 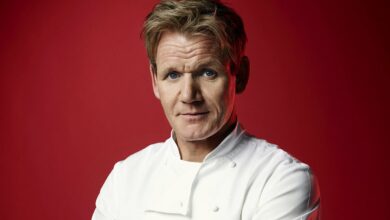 Gordon Ramsay Would Choose This 1 Dish as His Last Meal 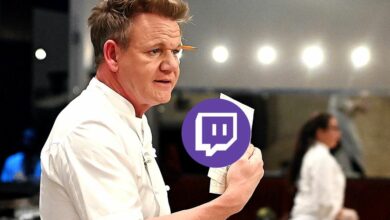 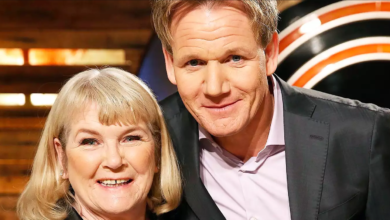 Gordon Ramsay’s Mom Helen Gives Him Tough Love While Tasting His Food: ‘I Don’t Like That’