Whenever you read about Cork-born actor Cillian Murphy, it’s typically his physical attributes that get talked about the most. Sure, he might have cheekbones that deserve their own postcode and eyes that could convince you to do the most heinous of crimes, but what’s more impressive is his range as an actor; he is, afterall, the antithesis of typecast.

From a young trans woman in Breakfast on Pluto (for which he won Best Actor at the Irish Film and Television Academy Awards) to the leader of a Birmingham gang in Peaky Blinders, from Batman’s nemesis and crazy psychiatrist in Batman Begins to a post-apocalyptic survivor in 28 Days Later, Murphy’s character profile is chameleon, but all of his roles have a similar theme – they are executed with an intensity that’s helped define a career.

Take, for example, his role in 2016 film Anthropoid. It may sound like a sci-fi flick, but it’s actually a taut biopic war thriller inspired by the gallant efforts of two freedom fighters on a mission to eliminate Hitler’s third in command, Reinhard Heydrich, the architect of the Final Solution. Murphy stars as the Czechoslovakian resistance fighter, Jozef Gabčík, tasked with the assassination, alongside fellow Irishman Jamie Dornan, known for the racy film adaptation of Fifty Shades of Grey and BBC series The Fall. Hardly an easy, breezy comedy. Despite his stellar performance, Murphy admitted to knowing little about the story before being approached for the film.

“It’s not widely known outside of the Czech Republic, which is kind of criminal given how it altered the course of World War II and consequently altered the course of history,” says Murphy, describing it as a “story of remarkable heroism and human endeavour”. On working alongside Dornan, Murphy simply says, “the man is an ogre”. Of course, he speaks in jest – when describing the pair, the word ‘bromance’ is regularly thrown around. “Jamie is an incredible actor and person. He is very professional and generous and cool. He is very dedicated to his performance.”

Peaky Blinders, Anthropoid and Christopher Nolan’s highly praised 2017 war film Dunkirk all have something in common – they’re based on real-life tales. But what draws Murphy towards these types of projects? “I have a fondness for historical stories, for real-life things that happened in the past,” he says. In reference to Anthropoid, he describes the “duty to respect and honour the lives of those who lived before us. “The families of the men, of [the two central] characters in the film, still live in Prague. They came to the premiere we had there, so you want to respect them and their legacy. That’s very important to me.”

Critically acclaimed as an actor, on both the big and the small screen, what’s initially impressive is Murphy’s immediately recognisable humility. While the by-product of his day job is public attention, Murphy isn’t one for the limelight. “The work, I adore,” he says. “And I’ll always have that passion for what I do, but it’s the other stuff that comes with it that I could do without. Of course, you realise the series or the film or the play you’re in is a product and that it needs promotion. I’m cognitive of that, but that stuff can wreck your head a little bit.”

Murphy, who lives in Dublin with artist wife, Yvonne McGuinness and their two sons, Malachy and Aran, was born into a family of educators. His father worked for the Irish Department of Education, his mother was a French teacher, his aunt and uncle were teachers, as was his grandfather. It would have been an obvious path to take, but Murphy had other ambitions, though initially these had little to do with acting, and more to do with music.

Murphy played in several bands, including one with his brother Páidi called The Sons of Mr Greengenes, a name inspired by one of his musical idols, Frank Zappa. In 1996, the band was offered a five-album record deal with Acid Jazz Records but didn’t accept it as Murphy’s brother was still in secondary school, and they would have been forced to yield the rights to their own compositions. Later that year, Murphy went to University College Cork (UCC) and embarked on a law degree. However, his law career didn’t last long. His interest in acting was sparked by a production of A Clockwork Orange held at Corcadorca, a drama school in Cork.

His first major role on stage was in the UCC Drama Society’s amateur production of Observe the Sons of Ulster Marching Towards the Somme. Following this, he scored an audition at Corcadorca and made his professional stage debut in Enda Walsh’s Disco Pigs, in which he played self-mythologising and volatile teenager Darren, also known as Pig. It was also in this performance that Murphy’s talent was spotted by an agent, and his acting career began to take off.

Murphy has since appeared in a variety of theatre productions, including The Playboy of the Western World, Lovesong, Ballyturk and Misterman, for which he was awarded Best Actor at the Irish Times Theatre Awards and New York’s Drama Desk Award for Outstanding One-Person Show. His breakthrough role in Danny Boyle’s 2002 zombie film 28 Days Later saw him win Best Newcomer at the Empire Awards and Breakthrough Male Performance at the MTV Movie Awards. Hollywood soon came a-knocking and, in 2005, Murphy took up a role in Nolan’s Batman trilogy, playing Dr Jonathan Crane, aka The Scarecrow, a supervillain who experiments on asylum inmates using fear gas.

The Batman films were the beginning of a fruitful Murphy-Nolan collaboration. Inception – a sci-fi heist thriller starring Leonardo DiCaprio and Tom Hardy – followed in 2010, and 2017 saw the much-anticipated release of Dunkirk. The World War II epic dramatises the notorious Dunkirk evacuation and Murphy stars (again) alongside Hardy and Mark Rylance as well as a debut acting turn from Harry Styles, formerly of One Direction.

Perhaps even more famously, Murphy has become better known for wearing a flat cap and speaking with a Brummie accent as Thomas Shelby, the lead in the BBC’s Peaky Blinders. As the head of a criminal gang in Birmingham in the 1920s – for which he’s been nominated for a National TV Award – his character is infectiously likeable yet utterly terrifying. How does he make this work?

“It’s the antihero effect,” he explains. “You’ve got Frank Underwood (House of Cards), Walter White (Breaking Bad), Dexter and most of the folks in Game of Thrones. There’s a desire for these damaged, morally misshapen characters, who, while far from admirable in their intent, are relatable, identifiable, for all their misdeeds and wrongdoings. And likeable. He’s the kind of character I like to watch and digest.”

Peaky Blinders has gone from strength to strength, securing an array of BAFTA nominations. But did Murphy ever think it would be so successful? “I don’t think any of us predicted that,” he says. “A small BBC show, especially in the beginning, having a resonance in places like Australia and America… it’s gratifying.”

Yet in characteristic fashion, the man behind the franchise’s hood-eyed hoodlum remains typically modest, preferring to heap praise on show creator Steven Knight. “He’s an exquisite writer – bold, ambitious, and at the height of his powers. We’ve done five series together, and are filming another,” says Murphy. “What he creates is always so unpredictable and fresh – it flows out of him, like beams of limitless energy. I think he’s enjoying a purple patch in his career. All artists do at certain stages, and he is experiencing his now.”

While season six may be the last we’ll see of Shelby, 2021 is set to be a busy one for Murphy, with the release of A Quiet Place Part II (finally hitting cinemas after its original run was cut criminally short by the pandemic) and the filming of Kensuke’s Kingdom (an animated film based on the book by Michael Morpurgo). If Murphy’s back catalogue is anything to go by, expect spine-tingling and sincere performances in both. 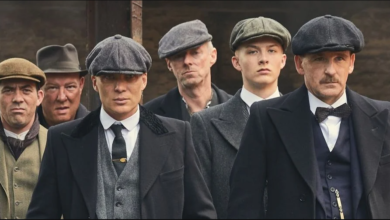 Peaky Blinders Soundtrack Guide: Every Song In Season 6 (So Far) 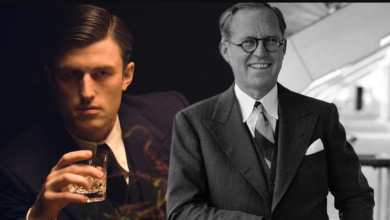 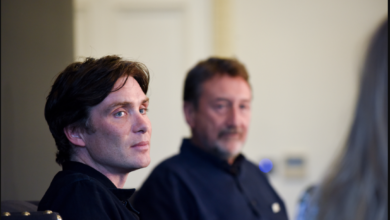