The Twilight Saga introduced many fans to a different world. A world with sparkling, talented teenage vampires who held no relation to the dark musty coffin sleeping vampires of the past. Many characters were introduced, and many had a presence in all of the films and books in the series.

Emmett Cullen made his appearance from the start of the franchise and became a familiar face to audience members. Because he was in each film, it allowed viewers to observe and learn more about him, and like all characters, he was no less susceptible to changes, both good and bad. But what turns and developments made his character worse?

10He Doesn’t Progress Past Comic Relief

Emmett is one of the more humorous Cullen family members. He’s a soft-hearted and playful member of the clan who is really excited to have Bella join the family.

He’s often cracking jokes and showing his playful side. But not much else is shown about the character and his relationships. The Emmett in the films isn’t given the same amount of focus as the Emmett from the novels.

Out of all the Cullens, Emmett is closest to Rosalie. She saved his life after he lay dying from a bear attack and took him to Carlisle. He loves her and thought she was an angel. He still sees her as his angel.

His love for Rosalie aside, Emmett isn’t much given much screen time to spend individually with his siblings or Carlisle and Esme, aside from a hunting trip or two. He’s only really shown in group situations with the family, often by Rosalie’s side.

8His Character Becomes Dependent On His Muscle

On the occasional moment where Emmett isn’t cracking a joke, his muscle is the other focus of his character. Emmett has a gift of superior strength and he flaunts it, but compared to a newborn, even he can’t keep up.

When Bella becomes a new vampire in Breaking Dawn, she challenges Emmett in an arm wrestle and wins. In the same film, Emmett steps forward as added protection when Renesmee walks forward to meet The Volturi. Other than knowing he is super strong and muscular because of his physique and the emphasis on his strength, there isn’t much explanation on his gift.

7He Can’t Keep His Thoughts To Himself

When Edward first comes into contact with Bella’s scent he essentially spends the lesson planning her murder. His family knows about his struggle to contain himself, and all of them treat him in their own unique way. Alice supports him and wants to become friends with Bella, Rosalie and Jasper loathe the predicament Edward has placed them in, and Esme and Carlisle care deeply and trust his judgment.

And then there’s Emmett, who doesn’t quite understand how a human could have such an effect on his sibling. He makes jokes both in his head and out loud, accidentally and intentionally getting in Edward’s head. When Jacob tries to explain that he has imprinted on Renesmee to Bella, Emmett’s commentary doesn’t help matters much either.

6He Takes Things Too Lightly

Emmett doesn’t take things too seriously. That’s not to say he never takes things seriously, but his character becomes more flippant with serious situations, seeing them as challenges and opportunities to take on a fight.

When Emmett first became a vampire, he had some trouble with the Cullen diet, and his lack of self-control became the reason for many of the family’s moves. When Emmett learns of Edward’s attraction to Bella’s blood, he tells him it’s okay if he loses control because they can just move again. He had good intentions, but not the best advice.

5He Was Just A Space Filler Most Of The Time

Emmett had a lot of potential, but for most of the films he wasn’t the focus, he was just there. This can’t be said for the other Cullen siblings, who were all given their time to shine.

Alice was always in the midst of things, as her ability to see potential futures was extremely valuable for Edward and Bella. Jasper was involved in many crucial moments including his struggle when Bella was initially introduced, and his leadership in training for the newborn battle. Rosalie had a voice and wouldn’t let her family ignore it.

4He Put The Treaty At Risk Because Of His Rash Actions

Emmett is pretty easygoing, but he is also consumed by his instincts. This is a good thing, as he is an asset in protecting the family and will do whatever it takes to save his loved ones.

But it was because of his hunting instincts that he nearly broke the treaty with the Quileute Tribe in his pursuit of Victoria. Even Rosalie, who he looks up to and loves, couldn’t stop him from crossing the line.

3He Made Charlie Uncomfortable At The Wedding

Emmett is sensitive to Rosalie’s emotions, and he’s kind to his siblings. He loves Bella and accepts her into the family. But Emmett’s excitement at having Bella become a vampire and join them made him ignorant of Charlie’s emotions. Emmett made a joke during Bella and Edward’s wedding.

It was a funny inside joke for all the vampires attending, but it made Charlie more than a little uncomfortable. Emmett had to leave his family, never to see them again after his transformation. He’s the comic relief, but his ignorance towards Charlie’s situation was unlike him.

Emmett was a likable character. He was supportive, romantic, funny, protective, and entertaining. But the films only teased audience members with his presence. Because Emmett was a side character but still a crucial member of the Cullen family, he was on screen, but not the focus.

He was given small quips to say and provided the muscle, but his backstory was pushed aside. He lacked depth. His progress as a person was only shown once or twice, such as his interaction with the wolves as they fought side by side against the newborns.

Because Emmett is the strongest vampire in the Olympic Coven, he feels threatened by Bella’s strength as a newborn vampire. When Bella wins against him in an arm wrestle in the novels, his wounded pride demands a rematch.

This doesn’t happen in the film. He is also assigned to train Bella for the fight against The Volturi and uses this time to show his strength is unmatched, challenging her. He has a strong competitive nature that needs to be reeled in sometimes. 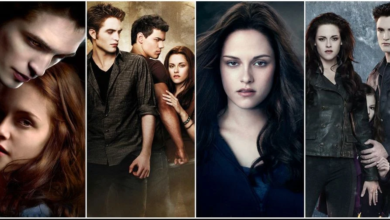 Where Every Twilight Sequel Went Wrong 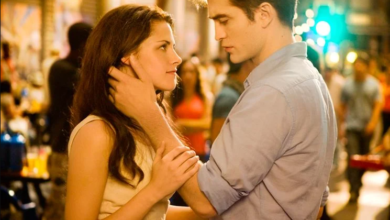 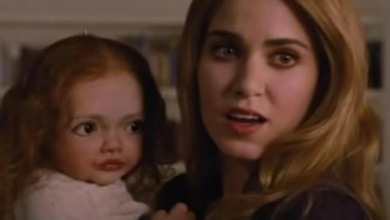 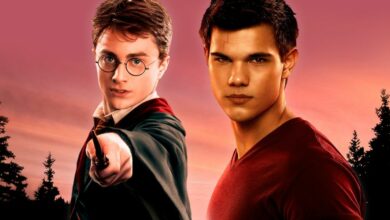 Twilight Theory: Jacob Has a Surprising Connection to Harry Potter