The Cullen family are at the front and center of the Twilight series, and their family dynamics turned out to be too strange for the mortals around them, especially when realizing that two of the Cullen siblings, Jasper and Rosalie, have Hale as their last name instead of Cullen – but there’s a reason for that. The Twilight book series introduced readers to a very peculiar type of vampires, one that could live among humans during the day (as long as it wasn’t sunny) and who, in some cases, recurred to some strange methods to justify that they never age and that they are always traveling in groups.

Although the Twilight novels and movies primarily focused on the often problematic romance between mortal Bella Swan (played in the Twilight Saga by Kristen Stewart) and vampire Edward Cullen (Robert Pattinson), they also took some time to help the audience get acquainted with the other members of the Cullen family. In order to blend in with the humans wherever they went, the members of the Cullen coven posed as a family, led by Dr. Carlisle Cullen (Peter Facinelli) and his wife Esme (Elizabeth Reaser), who served as the adoptive parents of Edward, Alice (Ashley Greene), Emmett (Kellan Lutz), Jasper (Jackson Rathbone), and Rosalie (Nikki Reed), though the latter two don’t use the surname “Cullen”.

Before her transformation into a vampire, Rosalie Hale came from a wealthy family, and she was constantly praised for her beauty, which made her quite vain and self-centered, enjoying the envy of her friends and the admiration of men. Rosalie took a lot of pride in being a Hale and a very beautiful woman, though she was bothered by the superior beauty of the Cullens, though by then she was unaware of their true nature. Rosalie became engaged to Royce King II, the son of a bank owner, but one day, he and his friends got drunk and they raped and beat Rosalie, leaving her to die on the street. Rosalie was found by Carlisle, who saved her by transforming her into a vampire. After avenging her death by killing Royce and her friends, she joined the Cullen family but kept her surname Hale as even though she wasn’t human anymore, she was still proud of her upbringing, and also because being transformed took away her chance of being a biological mother, and keeping her last name was a way of holding onto her humanity.

Jasper, on the other hand, was born Jasper Whitlock, and before becoming a vampire, he joined the Confederate Army, eventually becoming the youngest major in Texas. One day, he met vampires Maria, Lucy, and Nettie, and Maria decided to turn him into one of them as his training and experience could be useful to her in building an army. Jasper helped Maria in creating a newborn vampire army and became one of the few surviving vampires of the Southern vampire wars before he met Alice, and together they joined the Cullen family. Given that he (in the books, at least) was physically similar to Rosalie, it was decided that they could pass as twins, and so Jasper changed his surname to Hale instead of Cullen, which helped the coven pass as a family of adopted children. Rosalie later married Emmett, who the Cullens also adopted, and Jasper and Alice got married as well.

The Cullens have tragic backstories, and Rosalie’s is one of the most heartbreaking ones, even more so as she wasn’t given a choice and Carlisle simply transformed her to save her, but that also took away the one thing she really wanted: to be a mother. Rosalie keeping her original surname as a reminder of what was taken away from her adds to her tragic story, and in Jasper’s case, it was a way of leaving his dark and complicated past behind. 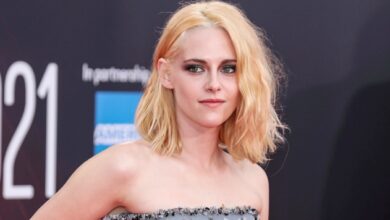 The Major Prop Kristen Stewart Took From The Set Of Twilight 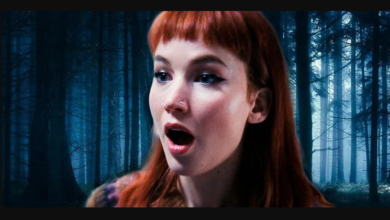 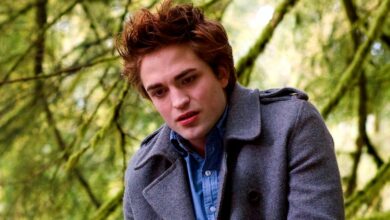 Robert Pattinson Admits To Auditioning For Twilight On Valium