Four children who are believed to be related have died in a house fire in south London.

Eight fire engines and around 60 firefighters raced to the property on Collingwood Road in Sutton just before 7pm tonight to reports of a fire.

Emergency crews, who faced an ‘intense blaze’ throughout the whole of the ground floor of the property, were able to locate the children and bring them out of the house before they were given immediate CPR by firefighters at the scene.

The children were rushed to two south London hospitals where despite the efforts of rescue teams they died, The London Fire Brigade (LFB) said.

Tonight London Fire Commissioner Andy Roe said: ‘This is an incident that has left everyone numb with profound sadness.

‘My thoughts are with the family and friends of the children, the whole local community and all those who will be affected by this fire.

‘Fire crews arrived quickly and located the children inside the property.

‘They were brought out of the house and given immediate emergency care.

‘The welfare of our staff involved in this incident is very important to us and all of them will be offered counselling as a priority.’

The Metropolitan Police said no arrests have been made but road closures were in place.

The force said the children’s next of kin are aware and will be provided with specialist support.

Superintendent Rob Shepherd said: ‘The thoughts of everyone at the South Area Command Unit are with the family and friends of these four young children, who have suffered such a devastating and tragic loss tonight.

‘I know these sentiments will be shared by the local community, Sutton and London as a whole.

‘We remain on scene with our emergency service colleagues and will be working through the night and beyond. At this very early stage the cause of the fire is unknown and will be investigated.’

‘We also dispatched trauma teams from London’s Air Ambulance and Air Ambulance Kent Surrey Sussex – both teams consisted of a paramedic and a doctor in a car.

‘We treated four children at the scene and took them to hospital.

‘Our thoughts are with the family and friends of the four young children and everyone affected by this devastating tragedy. ‘

Road closures are in place and emergency services remain at the scene. 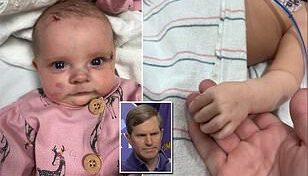 Kentucky tornado’s youngest victim: Two-month-old girl dies of her injuries two days after her parents strapped her into car seat and huddled in the bathroom as killer twister ripped through the state, killing 74 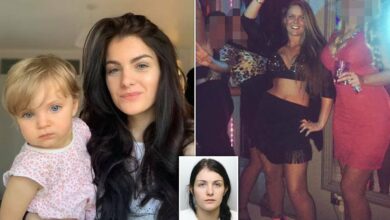 Spellbound by monster who murdered her daughter: Little Star’s ‘highly-compliant’ mother who has an IQ of 70 was ‘obsessed’ with female bouncer she met at pub before shutting out worried family when they contacted social services 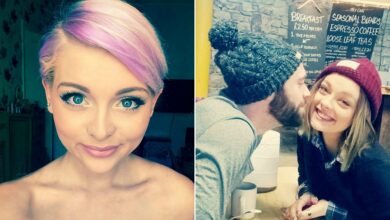 Model, 27, died of cervical cancer just ONE DAY after she was diagnosed after doctors spent months dismissing symptoms as ‘hormones’ and Covid and failed to examine her because she was ‘too young’ for the disease 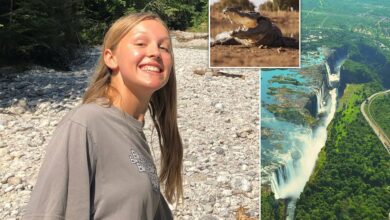 ‘She’s in a pretty bad state’: Father of British student, 18, attacked by a 10ft crocodile and put into a ‘death roll’ during rafting trip to in Zambia says he just wants her home