Comedian Terry Gilliam’s production of Stephen Sondheim’s Into The Woods is set to for Bath after it was cancelled by The Old Vic when staff protested over the Monty Python star’s strident views on the threat to freedom of speech by Wokeism.

Mr Gilliam, 80, is co-directing Stephen Sondheim’s classic musical but the London theatre unexpectedly announced last month the show’s highly anticipated run in the capital in Spring 2022 had been called off.

Old Vic employees were said to have protested – and one was so upset they even resigned – because of Gilliam’s criticism of transgender rights, the #MeToo movement and BBC diversity, once joking that he identified as a ‘black lesbian in transition’.

And addressing allegations of sexual abuse and harassment against disgraced movie mogul Harvey Weinstein he said last year: ‘There are many victims in Harvey’s life, and I feel sympathy for them, but then, Hollywood is full of very ambitious people who are adults and they make choices’.

The Old Vic’s reputation was badly damaged by the #MeToo movement in 2017 when numerous allegations of sexual assault were brought against actor Kevin Spacey during his tenure as the theatre’s artistic director.

Scenario Two boss John Berry said the theatre bosses in Bath had shown an interest in hosting the musical within hours of the Old Vic withdrawing its support in November. He said Mr Sondheim, who died on November 26, was ‘steadfast’ in his support for Gilliam, adding the celebrated composer would ‘wholeheartedly approve the idea of staging in Bath’.

Mr Berry told The Times: ‘I think it is perfect for us. We get a chance to really test the production and then the plan is to bring it into town [London]. This is going to be really exciting. In some ways it is the perfect environment for Terry’s great vision. And Sondheim was thrilled when he knew we were going there.’

An anonymous producer added: ‘Of course there are younger artists who have different views than older generations but does that mean inspirational artists like Gilliam have to get cancelled?’

Old Vic employees were said to be angry and one even resigned because of Gilliam’s stance on Harvey Weinstein, the #MeToo movement and transgender rights, according to The Stage.

In October Gilliam also publicly backed US comedian Dave Chappelle, who has been accused of attacking the trans ‘community’. The comments led to a walkout by staff at Netflix, but Gilliam called his comedy ‘socially aware, dangerously provocative and gut-wrenchingly funny’.

In 2018, Gilliam responded to the BBC diversity debate by saying: ‘I tell the world now I’m a black lesbian.’ And last year, he sparked a renewed backlash after describing the #MeToo movement as a ‘witch hunt’ that he claimed allowed ‘decent people’ to get ‘hammered’.

The Old Vic was seriously affected by the #MeToo movement in 2017 when numerous allegations of sexual assault were brought against actor Kevin Spacey during his tenure as the theatre’s artistic director.

‘I’m encouraging all of you to watch Dave Chappelle’s new show, The Closer, on Netflix,’ he wrote. ‘To me, he’s the greatest standup comedian alive today: incredibly intelligent, socially aware, dangerously provocative, and gut-wrenchingly funny.

Chappelle has provoked fury among trans activists for making jokes in which he asserts ‘gender is a fact’. His performances are meant to be a satire of the oversensitivity of trans activists.

The jokes were based upon earlier observations made by Harry Potter author J K Rowling’s who in 2019 stated that transgender women were not actually women and were a threat to her identity.

He has joked that women today view trans women the same way black people might view white women wearing blackface. He also remarked that women are entitled to feel anger toward transwomen, since Caitlyn Jenner won Glamour magazine’s 2015 Woman of the Year award. 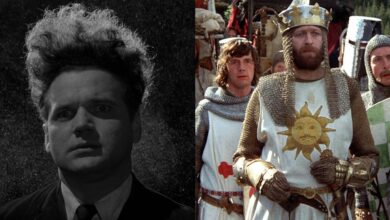 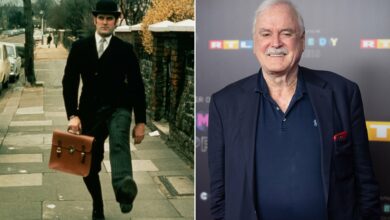 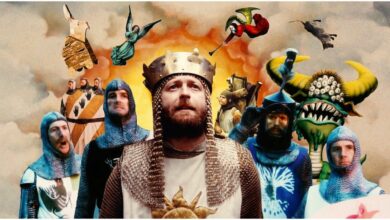