Sarah Wayne Callies has headlined some of the biggest television series of the 21st-century. While younger fans may best remember her for her work on the early years of The Walking Dead, those who go back earlier will always have a soft spot for her turn on Prison Break.

Callies helped make Michael Scofield and the company’s escape a reality playing Dr. Sara Tancredi. Unfortunately, Dr. Tancredi almost didn’t make it to the end due to pregnancy and a contract dispute.

Sarah Wayne Callies’ gets her start

According to IMDb, Callies made her screen debut in 2013 and quickly rose into a bona fide television star. She found herself on the set of Prison Break after several short-lived runs on series such as Tarzan. Her character in Prison Break, Dr. Tancredi, met a quirky prisoner named Michael Scofield. He arrived at the prison to break his brother Lincoln out.

Tancredi, whose father played a major role in Scofield’s plan, helped Michael and his team break out. However, it didn’t come without a cost. In a shocking midseason twist, she was seemingly decapitated off-screen. ScreenRant notes, this gruesome death was more than meets the eye.

The death of a doctor

According to reports from the time of airing, Dr. Tancredi’s death was not supposed to be temporary. With the show already on life support and her looming pregnancy making it hard to shoot, she released a statement to TV Guide about her gruesome departure.

“As hard as we all tried, the Prison Break powers that be and I were unable to find a way to meet both the needs of the story and the needs of my family. We parted, wishing each other well. I had a wonderful time working with the creative team and have a world of respect for all of them; they took great care of Dr. Sara. I’m also enormously grateful to the fans. They’ve been so gracious and supportive, and I hope they continue to enjoy the show,” she said in a statement to TV Guide in 2007.

Producer Michael Olmstead painted the departure as a business move after Callies’ let it be known that she wanted them to work around her pregnancy while also being a part of the season as a whole. With her contract running out midway through season three and an uncertain future for the series, Olmstead and the company decided to kill her off.

Speaking with TV Guide in the aftermath of Tancredi’s shocking death, Olmstead said that Callies’ wasn’t feasible unless she could meet their terms or make it to the set more often. They squeezed lemonade from that lemon and decided to add another death to a series known for throwing the audience curveballs.

“We used the story to our advantage in that she was being held hostage. [Sarah] was gracious enough to let us use her image, which really helped. I totally get it, personally. She was, at the time, pregnant and living in a remote part of Canada and nesting; [she] kind of looked at the options and didn’t want to go forward. No hard feelings whatsoever. The show is an ensemble. The show moves forward,” he told the publication.

Callies didn’t stay dead long. After her character’s untimely, gruesome off-screen death, a fourth season meant that she was available to return. The series reversed Tancredi’s death the following year, and Callies remained on the series for the rest of its run, including the 2017 revival miniseries. Not long after, she found herself escaping for her life from the Zombie hordes in Walking Dead.

Callies played Lori Grimes from 2010 to 2013. Playing wife to Andrew Lincoln’s Rick, her death on that show was not as temporary. Since leaving the series in 2013, Callies failed to recapture her Walking Dead and Prison Break glory past the latter’s reboot. However, she remains hard at work on several television series and movies. Her death on Prison Break may have been a huge surprise, but her resurrection made it even more memorable. 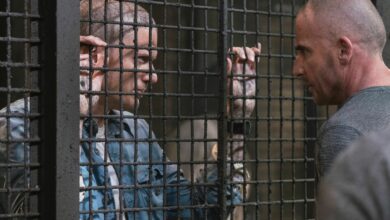 Prison Break Premiere Never Quite Justifies a Revival of the Series 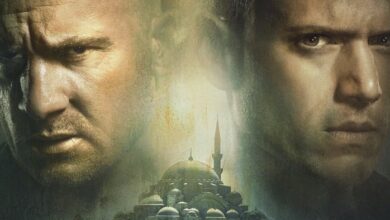