The Sons of Anarchy cast reunites for the finale’s 7-year anniversary in a new photo. Created by Kurt Sutter, Sons of Anarchy was a biker drama that ran on FX for seven seasons from 2008-2014. The show starred Charlie Hunnam as Jax Teller, the son of the former leader of the outlaw biker gang known as SAMCRO, who must contend with betrayal, loyalty, murder, brotherhood, family, and his own demons in trying to lead the group into the future. Hunnam was supported by a cast that included Ron Perlman, Katie Segal, Kim Coates, Tommy Flanagan, Mark Boone Junior, Theo Rossi, and Maggie Siff, with a host of recurring guest stars.

The season seven finale aired on December 9th, 2014, closing out Jax Teller’s legacy as he rode off to his death, leaving the club to his surviving members as he cleared out the debts he owed prior to ending his reign with SAMCRO. Showrunner Kurt Sutter always likened the SOA saga to Shakespeare’s Hamlet, with more than a few nods to the original play. While the show ended in 2014, a spinoff featuring characters from the show called Mayans M.C., which is set to debut its fourth season in 2022.

Actor Kim Coates (Tig) shared an image last month from Comic Con Liverpool, which showed a reunion of some of the founding SOA members, including Coates, Perlman (Clay), Boone Junior (Bobby), and Flanagan (Chibs). The actors were in attendance representing SOA, and the event coincided closely with the 7-year anniversary of the show’s conclusion. Coates has a number of photos from the event, where the cast met with fans, signing autographs and taking pictures to keep the SAMCRO legacy alive. Take a look at the image below:

Since SOA ended, many of the actors have moved on to bigger and better things, but still honor their time with SAMCRO. Coates has been in a number of shows since and will next be seen in The White House Plumbers with Woody Harrelson. Perlman has stayed busy in TV and film, recently appearing in Guillermo del Toro’s Nightmare Alley. Boone Junior showed up for an episode of The Mandalorian, while Flanagan appeared in the most recent season of HBO’s Westworld. The star of Sons of Anarchy, Charlie Hunnam, has been prolific as well, starring in a number of films, including Pacific Rim and The Gentlemen. He’ll next appear in the series Shantaram for director Justin Kurzel.

While fans were divided on how Sons of Anarchy ultimately ended, split between the too-on-the-nose connection to Hamlet and the inevitable final destination after seasons of murder and betrayal. The show constantly shocked viewers with some complex twists and turns early on that made for some brilliant television, but it all eventually folded under the weight of a meandering narrative that lost many of its characters, Jax included, in the shuffle toward a series finale. Still, there’s much to be admired about the show, particularly the overall cast, which is what made Sons of Anarchy an exciting weekly visit. 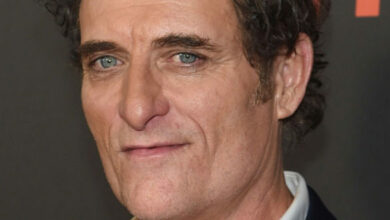 We’ve Ranked All The Sons Of Anarchy Stars, By Net Worth 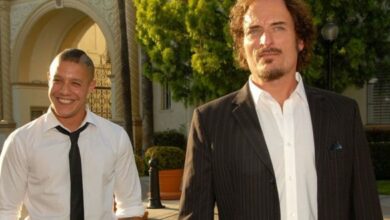 ‘Sons of Anarchy’ Star Kim Coates Shows Love to Fans on His Birthday: ‘Your Generosity Is Palpable’ 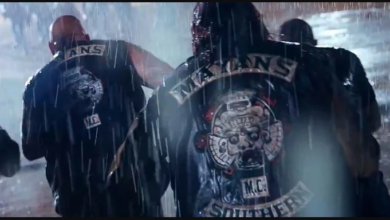 The Sons of Anarchy Declare War on the Mayans M.C.