From its conception back in 2005, Prison Break has remained an icon of TV culture. Season one has been remembered as one of the greatest seasons of anything ever, while season two managed to maintain its critical acclaim. Season three, four and the recent season five weren’t met with such high appraisal as things took a much larger scale conspiracy-based approach.

Even with season five bringing Michael Schofield back from the dead, the show left us with quite a few unanswered questions. It might not be the same lofty figure as Lost, but there are at least ten on our mind.

10 Why Did They Use Terrance Steadman?

Terrance Steadman came in and out of Prison Break as quickly as you could blink. He began the show dead, murdered at the hands of Lincoln Burrows. We quickly found out Link was innocent, then we found out Terrance wasn’t dead at all, but at the heart of a conspiracy. He was the Vice President’s brother, after all, so his death was pretty big news. The one thing that was never explained, however, was why they chose him. What made him more important than any other member of the VP’s family?

One of the more over-arching, non-specific issues with Prison Break is regarding money. After season one, Michael and Link (and everyone else) is out of prison and evading law enforcement at every turn. However, some of the things they do are pretty extravagant and you’d expect might require a little bit of cash.

For example, Michael ends up sorting T-Bag out with a mechanical hand through a procedure that apparently costs more than a million dollars. Where is a fugitive getting a million dollars? It’s possible he could be getting paid for his work, but this is never explained.

In general, Scylla was an important device holding a lot of important information. It was so important that the key to accessing the device was spread amongst various high-level Company operatives. By the end of season four, we find out a bit about its content, including that it holds details on forms of alternative energy, a device that can yield water and a series of vaccines. However, what about the details? How are these breakthrough products possible? What are the vaccines for? Where were the actual products being kept? Scylla had information about them, but surely these revolutionary medicines existed in a physical space of equal importance to the device?

7 Where Are The Company Operatives Now?

The Company was a huge organization made up of very important people with control over the government akin to that of the Illuminati. By the end of Prison Break, The Company seems to have been taken down, and its influence diminished.

A lot of its members were killed, but we never found out the fate of quite a few. They could easily have reformed and made their own faction of The Company, but we didn’t get to see exactly where they ended up. Though it’s pretty likely the answer to this one is simple: prison.

6 What Happened To Mahone?

One of the best and most interesting characters in Prison Break is Alex Mahone. He started out as an FBI agent tasked with bringing down the escapees from season one, before ending up on the side of Michael. His influence and commitment to his new team is seen in The Final Break, where he feeds the FBI false information, thus helping Michael Escape. He is seen in the flashforward paying his respects to Michael’s grave, but he doesn’t make an appearance in season five. This leads to a very important question. What happened to him? He ended season four as good friends with the others, but doesn’t have any involvement in Michael’s re-emergence, so where is he?

5 What Happened With Fibonacci?

Similarly, remember Fibonacci? His mysterious backstory and overwhelming importance to John Abruzzi became one of the biggest draws of the first season, with us eventually finding out that it was his fault Abruzzi was locked up. However, the final thing we hear is that he had entered witness protection.

This doesn’t seem finished. Abruzzi had a powerful family and a lot of money; it doesn’t seem like their style to just leave it. Why was he not pursued? Why was this witness protection not infiltrated? Well, maybe it was, but we never got to hear about it

Season five of Prison Break was widely anticipated around the world, and it, in general, met expectations quite well. It was a slow start but ended up with some classic twists and turns that are almost as memorable as the earlier seasons. One such twist showed that Michael had a face tattooed on the backs of his hands the entire time, which he used to get through a security system with facial recognition. It’s a goosebump-inducing twist, but if you really think about it, the system can’t be that good if it doesn’t notice a load of fingers all over his face.

LJ is the Walt Jr of Prison Break. At first, he was the motivation behind pretty much every decision made by Link. By the end of the show, Link seemingly forgot about his existence except in dramatic moments when he needed to be reminded of his purpose. Very convenient. Throughout pretty much all of season four, LJ is MIA. He is supposedly off living with Sofia, but we don’t hear much of what he is doing or where he is. In fact, his role became so unimportant that the show ends without the character ever finding out about Kellerman’s retribution.

This is the biggest plot hole in all of Prison Break. During season three, Sarah Wayne Callies left the show. As such, Link is shown her decapitated head in a box and proceeds to confirm her death. In season four, this whole situation is retconned very poorly, with her death being revealed to have been fake.

This makes absolutely no sense because Link knows what Sara looks like, and would surely be able to tell that she was never actually dead. This weird situation is never explained.

1 Is Kellerman Really Dead This Time?

The final question we have about Prison Break isn’t really a question if you take it at face value. We see Kellerman being killed by Van Gogh (the assassin, not the painter). However, we never actually see the bullet go through his head, it is just strongly implied. This is strangely similar to Kellerman’s previous ‘death’ in which it looks a lot like a firing squad slaughtered him in the back of a van… but they didn’t.

Prison Break : 10 Characters Who Could Have Led The Season’s Breakouts (Other Than Michael) 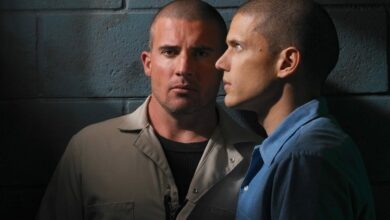 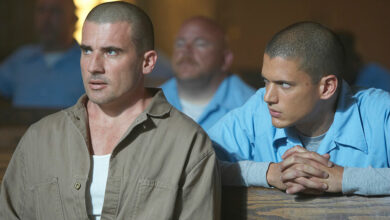