The BBC drama, Peaky Blinders, is based on historical events but it takes plenty of creative liberties. Most characters have been created for the show. This includes the lead character, Thomas “Tommy” Shelby, and the Shelby family at large. And even though the real-life Peaky Blinders gang existed, it roamed the streets of Birmingham in the 1890s, not in the ’20s and ’30s, as portrayed in the series.

In total, there have only been eight real-life characters in the five seasons that have aired so far. And even though many real-life elements surrounding these characters are included in the plot, most of their exploits are also fictitious. Luckily, the fictional stories come off as more realistic than absurd.

A powerful politician, Sir Oswald Mosley serves as the Cabinet adviser to the Prime Minister of Great Britain, the Minister of the Duchy of Lancaster, the MP for Smethwick, and the deputy to the Chancellor of the Exchequer. He is a staunch fascist and not a very big fan of the Peaky Blinders, often taking every opportunity to provoke Tommy and his family. He feels the Blinders boss doesn’t deserve to be a politician.

Mosley ranks low when it comes to intelligence because he keeps putting himself at risk, yet he should know better. While it’s okay for a seasoned politician like him to feel that a gangster Tommy doesn’t deserve to be a member of the political class, constantly provoking him is an unwise move, as it only makes him a target. Even worse, he earns himself not one but two powerful enemies when he forms a fascist party. By doing this he makes himself a target of Churchill too. There have been a couple of attempts on his life so far and there’s the sense that it’s only a matter of time before a bullet has his name on it.

An adept union convener, Jessie leads an all-female factory workers’ strike to call for better conditions. Unfortunately, she is unable to see beyond Tommy’s mask. He tricks her into providing information on one of his enemies and also into voting for him, yet she is a Communist.

Partnerships between two powerful leaders can yield great results if both parties stand to benefit. Sadly, this isn’t the case with Jessie and Tommy’s relatiomship. She is as strong a leader as Mosley, but her approach is a little better as she interacts with Tommy by embracing him, rather than feuding with him. However, the fact that she buys Tommy’s lies too easily, makes it impossible to sympathize with her. Fool me once, shame on you, fool me twice, shame on me. Jessie is fooled twice.

Hollywood’s most popular comic actor in the silent film era arrives in Birmingham to promote one of his films. That’s how he gets to meet the Shelbys. A story is then told of how Chaplin used to be a bookie in Birmingham. When he joined Hollywood, he lied that he was from London so as not to raise many questions about his involvement with Birmingham’s underworld. It worked.

Background stories matter and Chaplin’s decision to alter his tale gives him a clean record and a great career. Apart from being a talented comic actor (which requires skills and brains), Chaplin is well aware that London is well-known and also viewed as a paradise to the outside world, compared to the gang-infested Birmingham. There’s also the fact that he has hidden his story so we’ll that Hollywood executives don’t know about it. On the flip side, he hasn’t considered the fact that his career might be all over if his lie is discovered.

The 1st Baron Stamfordham yields much power as he is seen ordering the King around. In his capacity as the King’s Private Secretary, he pulls some strings to enable Tommy become the Labour MP for Birmingham South Constituency so that he can be an inside agent for the government.

Sometimes the good guys need to work with the bad guys and Arthur understands this. He is willing to please Tommy in order for the government to get what it wants. The ability to see the bigger picture is one of Tommy’s traits that screams “smart.” He has a moment that makes fans hate him when he blackmails the government into awarding him an OBE. Arthur knows it’s the government’s best interest to bow down to Tommy so he convinces the King to do it. There’s a reason he has been counsel for years.

Sabini is ever keen to prove just how brutal he can be. Bearing zero respect for Tommy, he slices him on the cheek and tries assassinating him at the horse auction. He assists one of the best characters in Peaky Blinders introduced after season 1, Luca Changretta, in his war against Tommy’s crew, leading to one of the most shocking deaths in the series.

The Italian gangster is a little higher up the list because he is the only character that has done the math and figured out a way to beat Tommy: use brute force. Just as successful people stick to methods that work, Sabini keeps going after Tommy the hard way. However, he is too tough for his own good. Feeling he knows better, he makes a couple of mistakes such as refusing to honor a deal he made with Alfie, resulting in Alfie teaming up with Tommy. He also makes a rookie mistake by ignoring the fact that Tommy has assistance from the government.

The Camden Town Jewish gang leader only forms alliances for his own convenience. He seeks Tommy’s help in stopping the war between the Jews and Italians only to betray him twice. Alfie enjoys taking care of Britain’s Jewish community, protecting them from the forces that seek to oppress them.

Alfie’s brain is superior to that of Sabini because he understand that there are no permanent enemies. One moment he is working with Tommy, the next moment he wants to kill him — it all depends on what’s at stake. He is aware how to utilize the support of ordinary citizens too. He draws his strength from the masses, endearing himself to Britain’s Jewish community, making himself untouchable in the process.

The boss of the Birmingham Boys doesn’t get along with the Blinders because he runs all the tracks outside London, a territory Tommy is eager to explore. Having formed alliances with the Elephant and Castle Mob, the Hoxton Gang, and most importantly the police, Kimber has become one of the most powerful mobsters in the UK.

Kimber has a perfect understanding of basic mob principles, something that enables him to cruise smoothly in the wavy waters of UK’s underworld. Unlike Alfie, he knows the importance of unbiased team work, that’s why he works closely with fellow criminal gangs and law enforcement officers. There is proof that his method works when police contacts let him know that Tommy is planning to betray him on Black Star Day.

The Secretary of State of the colonies hires Inspector Campbell to retrieve a cache of stolen weapons. The chache remains in the possession of the Blinders thanks to Tommy’s overzealous nature, one of his worst traits. As fate would have it, Churchill later works with Tommy Shelby, tasking him with carrying out assassinations for the government. Churchill even grants Tommy export licenses to keep the man happy.

Churchill ranks high when it comes to intelligence because out of all the men that work with Tommy, he is the only one that keeps his hands clean and faces no consequences. He prefers using tools instead of his own hands and he is smart enough to play the public for their own benefit. This is seen when he hires the Ulster Volunteer Force to kill Tommy, only to instruct one of the force members to save his life. 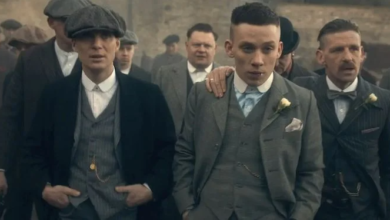 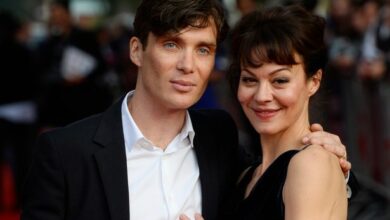 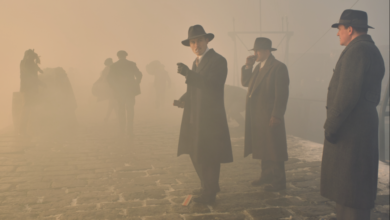 ‘Peaky Blinders’: Here’s What’s in Those Fake Cigarettes the Actors Smoke on the Show