It is common among teen television dramas for the casts to date each other in real life. For instance, Chad Michael Murray and Sophia Bush from One Tree Hill, Katie Holmes and Joshua Jackson from Dawson’s Creek, and of course, Nina Dobrev and Ian Somerhalder from The Vampire Diaries all fell in love off-screen as well as on. Chase Stokes and Madelyn Cline portray the characters of John B and Sarah Cameron, the two main leads from the popular Netflix drama Outer Banks. A fact that fans love is that these two are dating both on-screen and off. The real-life couple has been dating since April 2020 and they are still going strong.

While John B and Sarah’s lives are filled with suspense, drama, and adventure, Stokes and Cline’s real life isn’t quite so heightened. Their relationships both on-screen and off do have some similarities, though, that for sure make fans swoon.

8 They Make Each Other Happy

John B and Sarah obviously make each other happy, as the two characters love being around each other in the series. Madelyn Cline and Chase Stokes also bring a lot of happiness to each other’s lives. Cline told ET that she “feels very happy,” in regards to her relationship with Stokes and sharing the experience of being in quarantine with him during the global pandemic. Cline also referred to Stokes as her “favorite person.”

7 They Lift Each Other Up

Madelyn Cline told Women’s Health that on days when she doesn’t wear any makeup, Stokes tells her she looks beautiful. She also said that on days where her mental health isn’t doing the best, Stokes will tell her that he likes the way she thinks or the way she treats people. John B and Sarah are always there for each other, too, and support each other when they need to. Cline also stated that Stokes complimenting her on who she is means more to her than if he were to compliment a physical aspect of her.

6 They Love Each Other

In an interview with ET in November 2020, Cline revealed that she loved Stokes. Stokes also mentioned that he loved Cline in an interview with Us Weekly. When talking about being in quarantine with Cline and the rest of the cast, he said that “it’s just awesome to kind of go through such a tumultuous time in the world with somebody that not only do you trust, but you love and care about.”

5 Everything Changed When They Got Together

“It’s quite rare to meet somebody and feel everything change,” Stokes wrote in an Instagram post for Cline’s birthday in December 2020. “Thank you for making the coldest days warm, for your infectious love, and being the best dog mom to Lil mi,” he added. On the show, the lives of Sarah and John B obviously changed when they got together, as they were forced to run away together on a boat in a summer storm to escape Sarah’s evil dad, Ward.

4 They Are Best Friends

Before Cline and Stokes officially became a couple, they became friends while working on the first season of Outer Banks. “Season one we started as friends,” Cline told ET Canada. John B and Sarah are also each other’s besties and are there for each other through difficult times. “Not only is she my partner in crime, she’s become my best friend on planet Earth,” Stokes told Us Weekly.

3 They Have Great Communication

Stokes told Us Weekly that he and Cline have great communication in their relationship, which keeps things going strong between them. “She’s such a sweet human being and she’s so great with communication,” he said. John B and Sarah work hard to keep the communication going between them, as well, although that doesn’t stop drama from getting in the way.

2 They Take Care Of Each Other

The heroic way John B took care of Sarah after she had been shot by her brother made man fans swoon. Stokes has also said that he and Cline take care of each other, too. “We’ll be scene partners and take care of each other when it’s an emotional moment,” he said. “But it doesn’t mean that if I don’t believe you that I’m not going to call you out and she holds me to the same standard.” They are also emotionally supportive of each other in life and lift each other up when they are feeling down or going through a hard time.

1 They Are Thankful For Each Other

“I’m very thankful for her and the journey we’ve been on,” Stokes told Us Weekly. “It’s been awesome.” The two star-crossed lovers on Outer Banks are clearly thankful for each other, too, as they brought out the best in each other on the show when faced with difficult circumstances like the cruelty of Sarah’s father. Cline also mentioned to Women’s Health how thankful she was to have a man like Stokes in her life who compliments her and the person that she is when she is feeling down on herself. He tells her things like “I think the way you handled that is really admirable” and “I’m really proud of you.” So sweet! 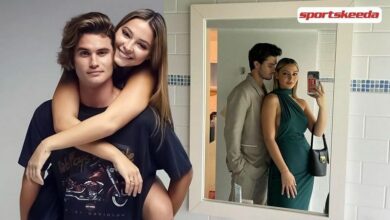 Are ‘Outer Banks’ Stars Madelyn Cline And Chase Stokes Over? Here’s Why Fans Think They Quietly Broke Up 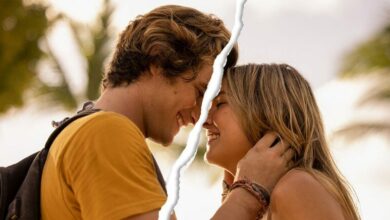