The brother of an 18-year-old girl, believed to have been murdered after she vanished on her way to meet her boyfriend, has remembered his sister as ‘beautiful and talented’.

Bobbi-Anne McLeod was reported missing on Saturday in Plymouth after she failed to meet with friends. Police arrested two men, aged 24 and 26, on suspicion of her murder.

Officers said they were growing increasingly concerned for the teenager, who was due to get a bus into the city centre to see her partner over the weekend but never arrived.

Detectives then revealed on Tuesday that a body had been found in the search for Bobbie-Anne, and while formal identification is yet to take place, they said her family had been informed.

Now, her brother, Lee McLeod has shared an emotional tribute on social media, after posting a picture of the two of them together as children.

Alongside the image he wrote: ‘Until we meet again sis. I love you.

‘You didn’t deserve this, such a beautiful and talented girl and to have you as my little sister, the adventure and journey we had been on will always be treasured. Now go rest easy.’

A Devon and Cornwall Police spokesman said: ‘Sadly, earlier today the body of a woman was located near Bovisand, South Hams, during searches by police officers. These searches were carried out following information received by police.

‘Formal identification has yet to be carried out but the family of Bobbi-Anne McLeod have been informed of this development and are being supported by investigators.

‘Two men, aged 24 and 26 from Plymouth have been arrested on suspicion of murder and remain in police custody at this time.

‘Enquiries remain ongoing in relation to this matter and anyone with information which may assist the ongoing investigation is asked to contact police on 101 quoting log 706 22/11/21.’

Friend and neighbour Amanda Isaacs deleted a social media group which tried to find Bobbi-Anne, apparently at the family’s request.

Kerry Eley said: ‘Absolutely heartbreaking. Thinking of the family and everyone who knew her.’

Kerri Fice added: ‘Thinking of you and all of Bobbi’s family and friends. Big hugs, so sorry for your loss.’

Kimberley Bryant said: ‘I am truly devastated for you all. I can’t even imagine the pain. It’s my worst fear. Poor girl. Thinking of you all.’

Lee had previously begged for help finding her in a Facebook post, three days after she vanished.

It came after police discovered her headphones and her tobacco pouch at a bus stop while her phone was handed in.

He wrote on Facebook: ‘Police have rung and someone has handed in Bobbi’s mobile.

‘Her headphones and baccy were found at the bus stop and there’s just no trace. It has been sealed off and forensics are there today. Her phone has been handed in [to police] too.

‘I live next door and I’m a close family friend, she’s not one to just disappear, it’s very odd.

‘She’s a very in girl, she is very family orientated, she’s got a boyfriend – he’s ever so nice – and a few friends. She’s just a lovely girl and this is so out of character for her.

‘She is 18, but she is very tiny and very slim that she probably looks about 15 in reality.’ 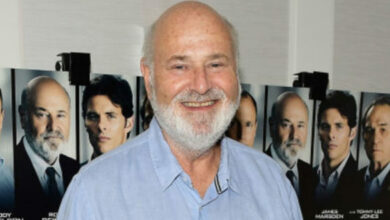 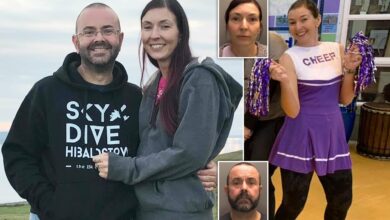 ‘Wow 3 possible, 1 definite’: Paedophile’s sickening reply to his teacher partner’s snap of her primary school pupils wearing fancy dress – as they are jailed for total of 29 years for string of vile child sex crimes on girl aged under 13

Four children ƙ𝔦ℓℓed in south London house fire: Sixty firefighters battle blaze that tore through ground floor of property at 7pm but cannot save the youngsters inside – leaving crews ‘numb with profound sadness’ 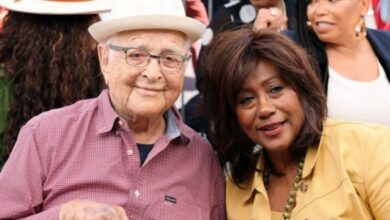 ‘All in the Family’ Creator, TV Pioneer Norman Lear To Be Given Legend Award at AAFCA TV Honors