One of the biggest shows of this generation would definitely have to be Game of Thrones. Although the final season of the show was an all-around disappointment to the majority of fans, the show in its entirety is still beloved, adored, and massively respected.

Game of Thrones first premiered in 2011 and came to its conclusion in 2019. There are still so many things fans don’t know or understand about the show. Game of Thrones was based on George R.R. Martin’s best-selling book series “A Song a Fire and Ice” and fans speculate that if the final season followed the plot line of the book series, it would’ve been much better!

Emilia Clarke took on one of the biggest roles on Game of Thrones, arguably. She was Daenerys Targaryen, Mother of Dragons, breaker of the wheel! In real life, Emilia Clarke is 34 years old, totally single, and living life with a net worth of $20 million. It seems like she should have a way higher net worth than $20 million because she was a huge focal point on Game of Thrones for so many years.

Kit Harington played the role of Jon Snow on Game of Thrones. Everyone was rooting for Jon Snow to survive and make it to the end and ultimately, he did end up surviving. Sadly, he had to and the life of the woman he loved in the final season but it had to be done. In real life, kit Harrington is 33 years old and married to Rose Leslie, another actress who was once part of Game of Thrones. He has a net worth of $14 million as it stands today.

Sophie Turner is 24 years old and married to a man named Joe Jonas. He was once part of a boy band, the Jonas Brothers, with his brothers Kevin and Nick. These days, the happy couple keeps their fans updated with they are adorable social media posts.

They just welcomed their first child into the world which is very exciting! Sophie Turner has a net worth of $1 million which also came to her from her time playing the Dark Phoenix in X-Men movies.

At age 23, Maisie Williams is already a huge name in Hollywood. People all over the world pay attention to her because she did such a great job as Arya Stark on Game of Thrones. It was a difficult role to pull off but she did it without any hesitation! She was extremely impressive and she got started on the show at a very young age. Now, she is dating Ruben Selby and has a net worth of $6 million. No one else could have handled the role of Arya Stark as amazingly.

Isaac Hempstead-Wright is 21 years old and dating a young woman named Sophie Jackson who apparently isn’t a big fan of Game of Thrones. She doesn’t really know much about the show at all!

A lot of fans were disappointed in the final season of the show so maybe it is a good thing that she never really got into it herself. Isaac has a net worth of $2 million at this moment and it will most likely continue to grow if he lands another role like Game of Thrones.

Peter Dinklage played the role of one of the most lovable characters from Game of Thrones, Tyrion Lannister. He always had something wise and witty to say and the perfect moments… Except for in the final season as most Game of Thrones fans know. Peter Dinklage is 51 years old and married to a woman named Erica Schmidt. They have been married since 2005! That is so wonderful for them. He has a net worth of $25 million.

Lena Headey played the cold, calculated, and evil role of Cersei Lannister on Game of Thrones. What a difficult role that must’ve been! In real life, Lena Headey is a real person with a real heart! The character of Cersei Lannister didn’t have a heart. Lena is 47 years old, dating a man named Mark Menchaca, and has a net worth of $12 million. She admitted that she was disappointed in the death of her character, as most Game of Thrones fans also were.

Jason Momoa is 41 years old this year and married to a woman named Lisa Bonet who is also an actress. He has a net worth of $14 million. During his time on Game of Thrones, he never even got to speak in English! But his fans got to see him speak in English when he took on the role of Aquaman in the DC movie franchise. It is so amazing that he was chosen to play Aquaman because he is such a handsome, strong, and amazing actor who definitely embodies what it means to be a superhero.

Nikolaj Coster-Waldau is 50 years old, married to his wife Nukâka Coster-Waldau, and has a net worth of $16 million. He and his wife have been married since 1997 so they clearly know what it takes to make a marriage last! On Game of Thrones, he played the role of Jaime Lannister, a man who was in love with his own sister. It was super cringe-worthy and fans of the show wanted to see him end up with someone else… Who wasn’t his sister! Unfortunately, fans did not get to see that happen.

Gwendoline Christie is 42 years old, dating a man in Giles Deacon, and has a net worth of $14 million. She played the character in the show that fans wanted to see Jaime Lannister end up with but sadly, he felt the need to return to his evil twin sister, seriously Lannister. In real life, Gwendoline Christie is known for being super tall and super inspiring when it comes to female strength and empowerment. Of all the women from Game of Thrones, she is heavily respected. 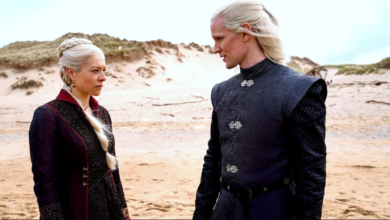 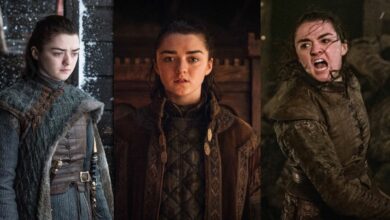 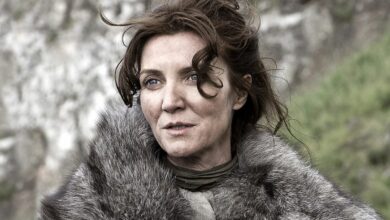 Game of Thrones: The Saddest Part of Catelyn Stark’s Dᥱαꚍɧ Is the Truth She Never Learned 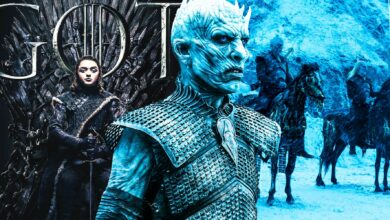