Kylie Jenner’s clothing line with her sister Kendall is forging on with promotion despite the star’s social media blackout following the ɗᥱαɗly Astroworld Festival earlier this month.

The official Instagram for KENDALL + KYLIE shared an old promo video of the duo on Wednesday as a way to announce that the brand is ‘now available to shop in the United Arab Emirates.’

Kylie has not posted on her personal or business Instagram accounts since November 5, which happens to be the day of the Travis Scott hosted concert event that injured hundreds of attendees and claimed the lives of 10.

The 24-year-old mogul did, however, publish a statement expressing grief over the tragedy to her personal Instagram Story on November 7, as well as to stress that her and Travis ‘weren’t aware of any fatalities until the news came out.’

KENDALL + KYLIE, which originally launched in 2012 in collaboration with the retailer PacSun, is a ‘lifestyle brand’ created by the sisters and is currently sold at over a dozen retailers across the globe.

Similar to the accounts for Kylie Cosmetics, Kylie Skin, and Kylie Baby, the KENDALL + KYLIE Instagram has not posted since November 4.

It is likely that neither Kylie nor Kendall made Wednesday’s promo post, themselves.

Though Kylie and her three-year-old daughter Stormi, who she shares with Travis, are back in Los Angeles, the mother-daughter duo were present at the ɗᥱαɗly concert that took place in Houston, Texas on Friday, November 5.

Kendall, 26, was also in attendance.

10 young people, aged from 9 to 27, were crushed to ɗᥱαꚍɧ as a sizable group of the 50,000 in attendance pushed toward the stage at NRG Park during Travis’ performance spot.

Despite the cries for help and desperate pleas to ‘stop the show,’ the concert reportedly carried on for another 40 minutes before it was shutdown. During that time span, Drake was welcomed to the stage which was said to have amped up the chaos.

In footage captured by Kylie and shared to her Instagram Story, an ambulance could be seen struggling to make its way through the jam-packed crowd as the 30-year-old rapper’s concert raged on.

Kylie, who is currently pregnant with her and Travis’ second child, and her daughter Stormi made it out of the festival ‘unscathed,’ as well as her sister Kendall.

After learning of the events that unfolded at her baby daddy’s sold-out show, Kylie published a statement to Instagram expressing her grief over the lives lost, as well as to make it ‘clear’ that her and Travis were unaware of the severity of the situation.

‘Travis and I are broken and devastated. My thoughts and prayers are with all who lost their lives, were injured or affected in anyway by yesterday’s events,’ she wrote.

‘I want to make it clear we weren’t aware of any fatalities until the news came out after the show and in no world would have continued filming or performing.

‘I am sending my deepest condolences to all the families during this difficult time and will be praying for the healing of everyone who has been impacted.’

Shortly after, the family of three hunkered down at their $14million Houston mansion, where Travis was said to have met with his top-notch legal team led by high-powered attorney Neal Manne.

City officials are still investigating what caused the pandemonium at the sold-out event, with Houston’s police chief pushing the blame on Scott last week for pulling the plug after new footage emerged showing cops casually filming the concert.

Houston Police Chief Troy Finner refused to provide a timeline for the police response after a sizable group pushed toward the stage.

As of November 16, more than 125 fans are suing Scott for $750million over the dead ly incident.

The lawsuit, filed by Houston Attorney Tony Buzbee – who had previously been representing at least 35 victims from the concert – accuses Scott and festival organizers of ‘gross negligence’ for the chaos at Astroworld.

The suit also names Live Nation, Epic Records Drake and Apple as defendants for their involvement in organizing the festival, and Buzbee plans to file another lawsuit with 100 more plaintiffs in the coming days. 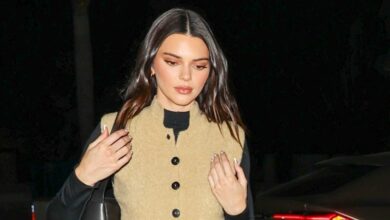 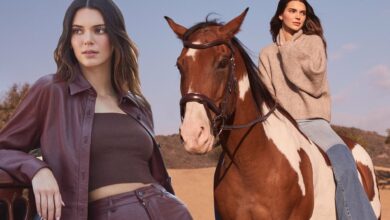 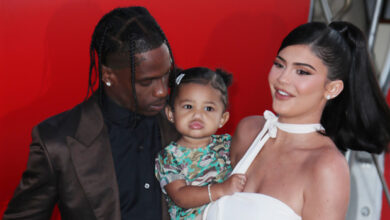 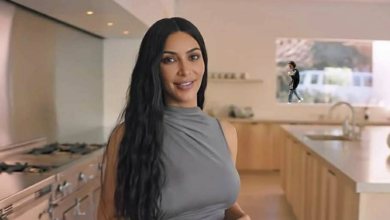