Top models Kendall Jenner, Hailey Bieber and Bella Hadid were all dressed up for friend Lauren Perez’s wedding on Thursday.

After enjoying the ceremony, the trio snagged some mirror selfies, sharing the candid moment on Kendall’s Instagram.

Kendall was breathtaking in a barely-there black dress which covered her chest with and crisscrossed her abs with tiny triangles.

At their side was Bella, who oozed elegance in a slinky blue and white marbled number.

They were also joined by pal Jesse Jo Stark, who was dressed in more casual attired as she sipped from a glass of bubbly.

The four ladies appeared to be without dates.

Hailey has been married to pop star Justin Bieber since their courthouse nuptials in September 2018.

Kendall, on the other hand, has been going steady with NBA star Devin Booker for since spring of 2020.

Meanwhile, Bella dated art director Marc Kalman for over a year before going public with him over the summer. 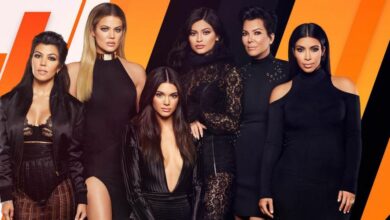 The Wildest Kardashian-Jenner Controversies Of 2021 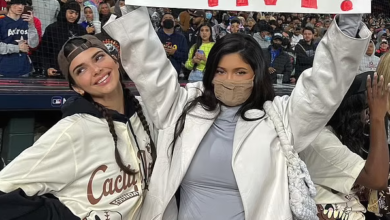 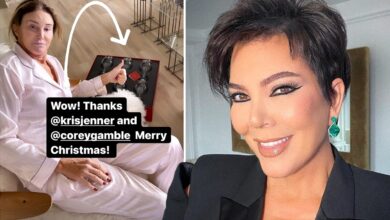 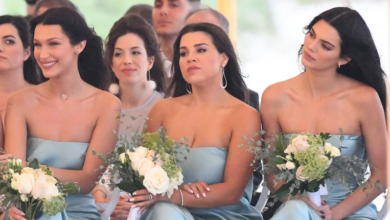 Supermodels Bella Hadid, Kendall Jenner and Hailey Bieber look stunning at their friend’s wedding on the beach in Miami