The Shelby family’s Romani (alternatively spelled as “Romany“) heritage plays a large role in Peaky Blinders and is a foundational element of the show’s storyline as well as a defining attribute of many characters. The award-winning series is directed by Steven Knight and is preparing to debut its sixth and final season, followed by a Peaky Blinders movie. However, how much of the Peaky Blinders’ overall focus on the so-called “gypsies” is real?

Set in the early 20th century in Birmingham, the show follows the Shelby family through their criminal dealings and sees them rise to wealthy, powerful aristocrats. The Shelbys are of Irish-Romani descent, referring to themselves and other Romani as “gypsies” in the show. Tommy Shelby, the gang’s leader, along with his siblings, Arthur, John, Ada, and Finn, have Romani on both sides as their paternal aunt, Helen McCrory’s Polly Gray, is the daughter of “gypsy princess,” Birdie Boswell, and their mother comes from the Lee family. Additionally, several of Peaky Blinders’ important characters come from the Shelby family’s “gypsy” ties like Tommy’s close friend, Johnny Dogs, and Aberama Gold (played by Game of Thrones “Littlefinger,” Aidan Gillen), who is Polly’s love interest and Tommy’s hired αssαssin.Shang-Chi Pitch Meeting

When preparing to begin filming Peaky Blinders in 2013, actor Cillian Murphy said (via Independent), “Steve Knight, the creator of the show, took me to Birmingham, where he’s from, to meet his buddies so I could record their accents. I spent time with Romany gypsies. I learnt about extreme poverty.” As with Peaky Blinders’ adaptation of the true story behind the real-life Shelbys, the show reveals much about the Romani heritage and traditions but also takes creative liberties along the way. The portrayal of the Shelby family’s Romani heritage is, like other aspects of the Peaky Blinders, only loosely based on true stories and history.

Likewise, there are discrepancies in the language spoken by the show’s “gypsies.” Throughout Peaky Blinders, Tommy, Aunt Polly, and several other characters speak what they call “Romani,” but the language used in the show is a version of Romanian, whereas the Romani people are believed to come from India. Stephanie Pappas (via livescience) follows a recent genetic study from Current Biology claiming that the modern Romany people spread across Europe after originally migrating from northwest India and their language reflects that.

In Peaky Blinders, many of the show’s more supernatural elements and superstitions, like séances and 𝘤ursᥱs, are tied to the family’s “gypsy” heritage. However, there is virtually no evidence to support this. Though the Romany people have often been associated with magic and the supernatural, those stereotypes most likely stem from their being seen as outsiders due to their nomadic way of life. Similar to the Shelby family’s trademark razor-caps, which are not historically accurate but a highly entertaining element of the Netflix original, Peaky Blinders, the history of the Peaky Blinders “gypsies” is based on the Romani heritage, albeit embellished for dramatic effect. 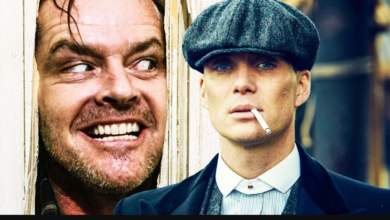 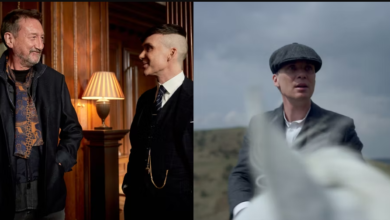 Peaky Blinders Movie: Everything We Know So Far 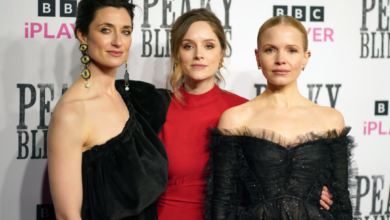 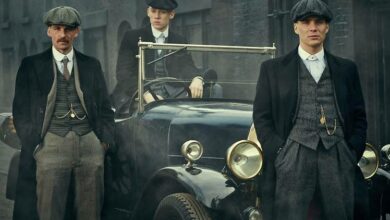 It’s official: the ‘Peaky Blinders’ movie is on its way